The iGaming Industry in Malta

Over the past years Malta has successfully established itself as a leading, serious and well-regulated European online gaming jurisdiction, whereby till end of 2014, more than 320 companies holding over 500 licences opted to be regulated by the Malta Gaming Authority.

A “One-Stop-Shop” Service to iGaming Operators in Malta

CSB Group offers a “one-stop-shop” service to iGaming operators by assisting in setting up / re-locating their iGaming operation to Malta. The Group has been involved in the iGaming industry since its inception in Malta, assisting with the submission and pursuance of Malta iGaming licence applications with the MGA. The Group are aware that clients have individual requirements and it is therefore the Group’s policy to provide a service that is tailor-made to each client, both initially and on an ongoing basis year after year.

There are four Gaming Licence Types from Malta under the Remote Gaming Regulations 2004. All the licences are granted for subsequent periods of five (5) years and may be renewed thereafter for periods of five (5) years each.There are also a number of Malta Gaming Tax and Licence Fees and Remote Gaming Regulations that the client needs to be aware of prior to applying.

Prior to submitting an igaming licence application, CSB Group reviews the application documentation to ensure all is in line with MGA requirements and liaises with the MGA on an ongoing basis to keep its clients updated on the progress of their application.

We have always received good service from CSB Group. Timing and quality have always met our expectations and everything is communicated in a professional and timely manner. Would definitely recommend to anyone considering.

The Malta Gaming Licence in a Well-Regulated iGaming Jurisdiction

The Government of Malta had carried out a complete revision and consolidation of the iGaming legislation, and a new all-encompassing gaming law was enacted by the Maltese Parliament in virtue of which the Malta Gaming Authority (MGA) has been set up. Since inception, the Authority’s aim was that of regulating the gaming sector effectively, responsibly and diligently.

The primary legislation that was designed in 2001 and the remote gaming regulations that came into force in 2004, provided the Authority the necessary parameters to exercise its regulatory role, which could stand the test of technological developments, whilst also focusing on the importance of responsible iGaming.

For more information on iGaming Solutions, please do not hesitate to contact us by completing the form below. 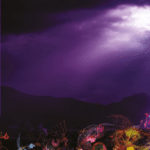 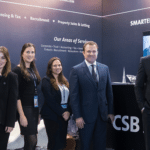 MGA publishes Guiding Principles for the Application of Enforcement Measures