Consulate of Republic of the Philippines - Malta

Consulate of the Republic of the Philippines to Malta

Over the past few years, the Filipino community in Malta has doubled and figures are rising even further. This influx is due to the many work opportunities available on the island. Many of these opportunities stem from Malta’s investments in the healthcare sector. There has also been a heavy demand for qualified household workers. A boom in the financial services sector on the island has also increased demand for professional jobs such as auditors and accountants with many Filipino’s coming to work with renowned audit firms on the island.

About the Republic of the Philippines

The Philippines has a population of 102 Million people and is the 12th country in the world by population size. The nation’s large population and economic potential have led it to be classified as a middle power. It is a founding member of the United Nations, World Trade Organisation, Association of Southeast Asian Nations, the Asia-Pacific Economic Cooperation forum, and the East Asia Summit. It also hosts the headquarters of the Asian Development Bank. The Philippines is considered to be an emerging market and a newly industrialized country, which has an economy transitioning from being one based on agriculture to one based more on services and manufacturing.

The Consulate offers assistance to Filipino nationals who live or transit in the consular jurisdiction of the Republic of Malta. The role of the Honorary Consul is guided by the Vienna Convention on Consular Relations. The Honorary Consul in Malta is assisted by the Protocol and Consular Directorate of the Ministry for Foreign Affairs.

The Consulate will be available within opening hours,

Monday and Thursday (09:00AM to 12:00PM) – A dedicated Consulate Administrator would be present during these hours.

The Honorary Consul will be available by appointment during the above mentioned hours.

The Consulate is closed on the following days: 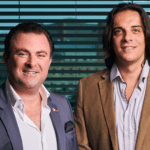