If you’re looking for a place where you can truly relax with lovely countryside views, gorgeous beaches, folklore and heritage, look no more – Gozo is the place to be!

Gozo is a popular weekend break destination for the Maltese who seek to get away from the chaos of everyday life for the weekend. Although promoted abroad, the island does not see an annual influx of tourists the way Malta does.

Gozo  also offers regular entertainment; the island is also known for its feasts and for the carnival in the village of Nadur. Almost every weekend in the summer season, live music plays and fireworks fill up the Gozitan sky with glittering colours.

Though the island affords residents a different pace of life, Gozo has all anyone needs: its own hospital and clinics, schools, shopping complexes, hotels, agriculture, and anything else you can think of. Its infrastructure is fairly well planned, making it easy to go around by car, or, if you’re up for a challenge, by bike or on foot! The latter modes of transport are easily rewarded by great views found off the beaten path.

Gozo, like Malta, has a rich history. The Ġgantija temples, found in Xaghra, are widely held as one of the oldest and most important archaeological sites in the Maltese islands. These temples date back to the Neolithic Age (c. 3600-2500 BC). Another Neolithic wonder on Gozo is the Xaghra Stone Circle. This temple is underground and was excavated by teams from Malta and Cambridge universities.

Gozo is also thought to be the legendary Calypso’s isle of Homer’s Odyssey. In fact, a popular attraction among tourists is Calypso’s Cave, which is located on a cliff just off Xaghra which overlooks Gozo’s most sought-after sandy beach, Ramla Bay.

Gozo is known for its beaches (which are largely untouched by lidos and other man-made structures) and is considered to be one of the best diving locations in the world.

This charming island is comprised of twenty villages. Many of the coastal areas such as Marsalforn, Mgarr, Sannat, Zebbug, Santa Lucija, San Lawrenz, Xlendi, and Ghammar tend to be popular choices for new residents. They can fulfil many property seekers’ dream of living by the sea and are all in easy reach of Victoria, the capital of Gozo.

That said, good properties can be found all over the island including the districts of Fontana, Fort Chambray, Ghajnsielem, Gharb, Ghasri, Kercem, Munxar, Nadur, Qala, Xaghra and Xewkija, while the nearest beach is never far away.

This little island is a true treasure trove for anyone looking for historical sites, churches, forts, amazing panoramas, traditional food, green fields and hills, and a safe home.

For more information on The Republic of Malta, please do not hesitate to contact us by completing the form below. 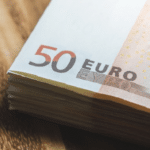