Malta offers a highly efficient fiscal regime which adopts double taxation on a taxed company profits distributed as dividends. Malta companies are taxed at a rate of 35%.  However, a full imputation system applies to the taxation of dividends whereby the tax paid by the company is imputed as a credit to the shareholder receiving the dividend to as low as 5% (or full refund in the case of participating holding).

As a general rule, Malta Hedge Funds are exempt from Maltese income and capital gains tax as long as fall within the bracket of non-prescribed.  Under Maltese Law, a prescribed fund is a scheme, or arrangement, that:

Any Malta-licensed fund which does not satisfy the above criteria is classified as a non-prescribed fund and, thus, is exempt from Malta tax as outlined below:

Collective Investment Schemes are required to inform payers of investment income of their status as classified by the CIR.  This will allow the payer of the investment income to determine whether any WHT is to be deducted.  Should such notification not be made, the payer must assume that the payment is subject to WHT and deduct such tax accordingly.

Is it further noted that any income arising from Immovable property situated in Malta is subject to the normal corporate tax rate.  Such treatment is applicable for both prescribed and non-prescribed funds.

What happens if the assets of the fund fluctuate in a manner that the ratio of Malta-declared assets to total assets of the fund go below, or reaches, the 85% threshold?  Should this be the case, subject to certain conditions determined by the CIR, the fund may change its status accordingly, i.e. from prescribed to non-prescribed (or vice versa).  Such conditions would require:

It is important that the valuation of assets must be made using the same valuation criteria for reports submitted to the MFSA. The ultimate classification would then be communicated by the CIR.  It is therefore suggested that Malta resident funds whose assets include both Malta and foreign are required to monitor values on a daily basis.

Taxation at the Level of the Investors

In order to analyse the taxation of investors, the below need to be established:

Any capital gains arising on the redemption, liquidation, or cancellation of units in a non-prescribed fund by Maltese shareholders may attract 15% final WHT as per the investment income provisions.  Such income is not to be declared in the individual’s tax return as the 15% WHT incurred is a final tax.  Should the investor wish to declare such income, then such Maltese resident may opt to receive the income in gross and thus would declare the capital gain made in the tax return.

Non-resident unit holders are exempt from tax on gains or profits arising on the disposal of units in both prescribed and non-prescribed funds.  Such exemption applies on the basis that the unit older is not resident in Malta for tax purposes and subject that such non-resident is not owned and controlled by, directly or indirectly, nor acts on behalf of an individual/s ordinarily resident and domiciled in Malta.  Such exemption for non-residents:

Kindly download the FUND ESTABLISHMENT FORM and send it to [email protected]. A representative of our team will get in touch to discuss and assist with your hedge fund needs.

For more information on Tax Advisory & Structuring, please do not hesitate to contact us by completing the form below. 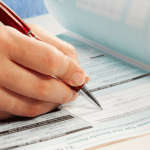 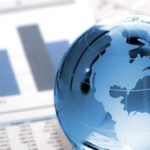 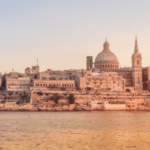